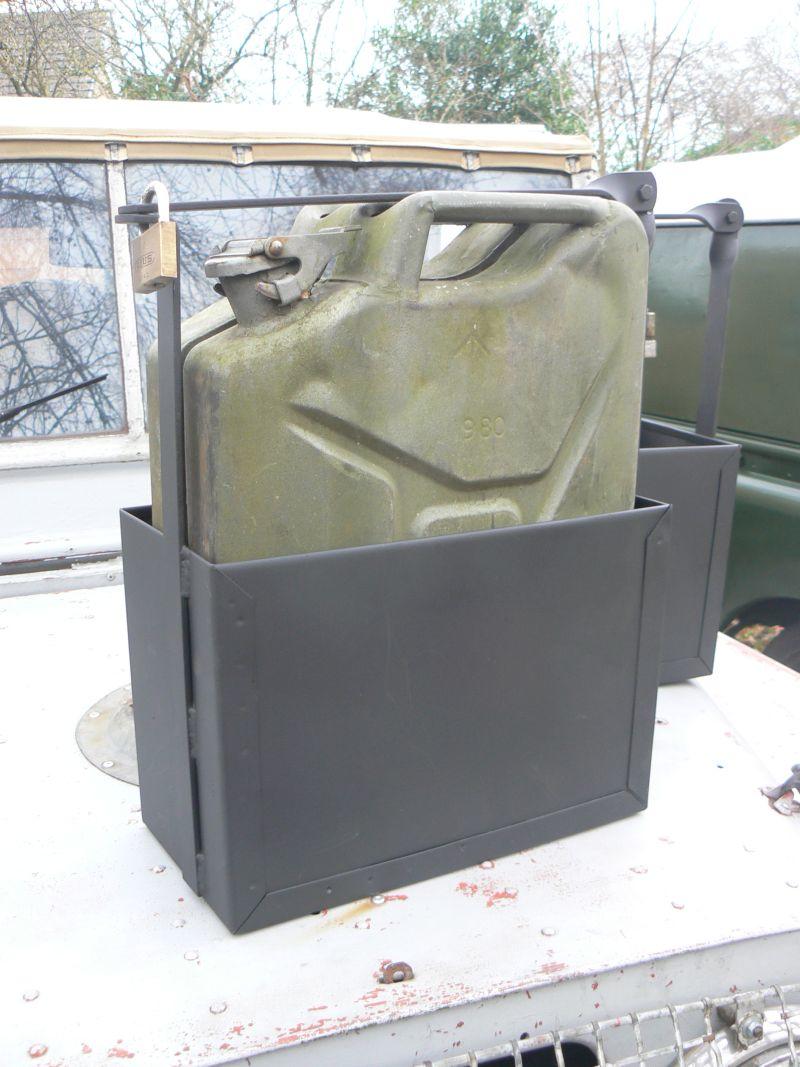 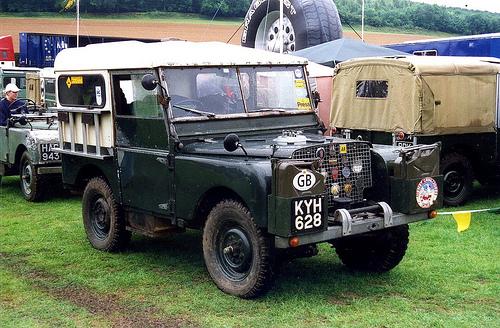 Early type Jerry Can Holder, as used on Series Land Rovers from the start of production until approximately 1968, when the headlights were move from the grill panel into the wings.

This type of holder was bolted to the front wings and to the top of the bumper. They are synonymous with early Land Rover’s exploring the far reaches of the planet. The First Overland Series 1’s were both equipped with this type of Jerry Can Holder.

The Jerry Can Holder is new and has been manufactured using an original Jerry Can Holder as a pattern. The materials are as near as possible to the original, with the possible exception that zintec sheet has been used in the manufacture of the sheet-metal box. The sheet-metal box is folded and spot welded as per the original. The flat bar used for the rest of the holder is the same size, twisted and bent as per the original. The holder is suppied painted with chassis black primer.

If you require any more information, please contact us.